After being nationalised at the end of World War II, Jawa was merged with former competitor Česká Zbrojovka (CZ) in 1949, and both companies came under communist control.

Karel Janeček left the company - and the country.

At this time, Jawa chose to build a luxury 500cc four-stroke twin - possibly to prove that in spite of the communist mandate to build basic transportation, Jawa could create superior designs.

The first Jawa 500 twin - model 15/00 - arrived in 1952. It featured a unit-construction 488cc engine with dry-sump lubrication and an overhead camshaft driven by a shaft and skew gears. Valves were operated by rockers, and drive to the clutch and four-speed transmission was by chain.

Triumph copied this technology, later introducing it as “slickshift” in their own models. Honda used it on their Cub model, too.

The ingenuity of the design, quality of finish, and attention to detail of the 500 OHC was breathtaking - certainly on par with other European manufacturers like BMW. 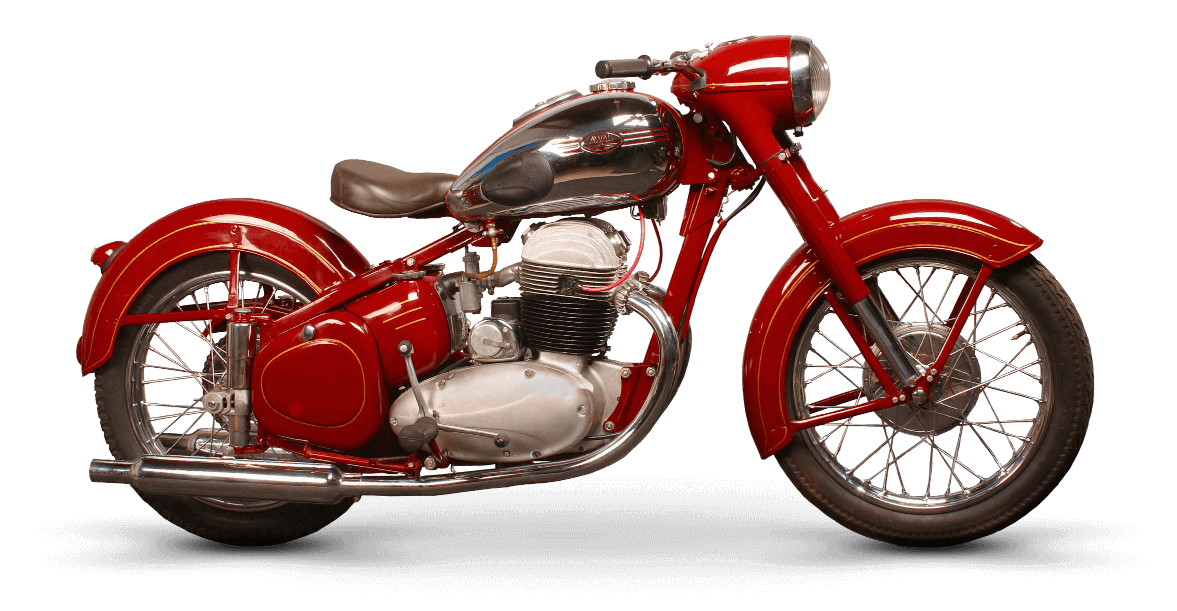