Conceived and designed under great secrecy during the Nazi occupation, the Perak was the brainchild of Janiček and the patriotic Jawa team.

The first prototypes were created in a small workshop called Motožbroj in Pankrác, Prague, where Nazis would store their motorcycles. Had they been discovered, their work would have been viewed as sabotage - a crime punishable by death.

To test their prototypes on public roads, they used fake or borrowed SS and Wehrmacht registration numbers. In all, 100,000 kilometres of testing was carried out right under the eyes of the Nazis to ensure the motorcycle was ready to be launched after the war. 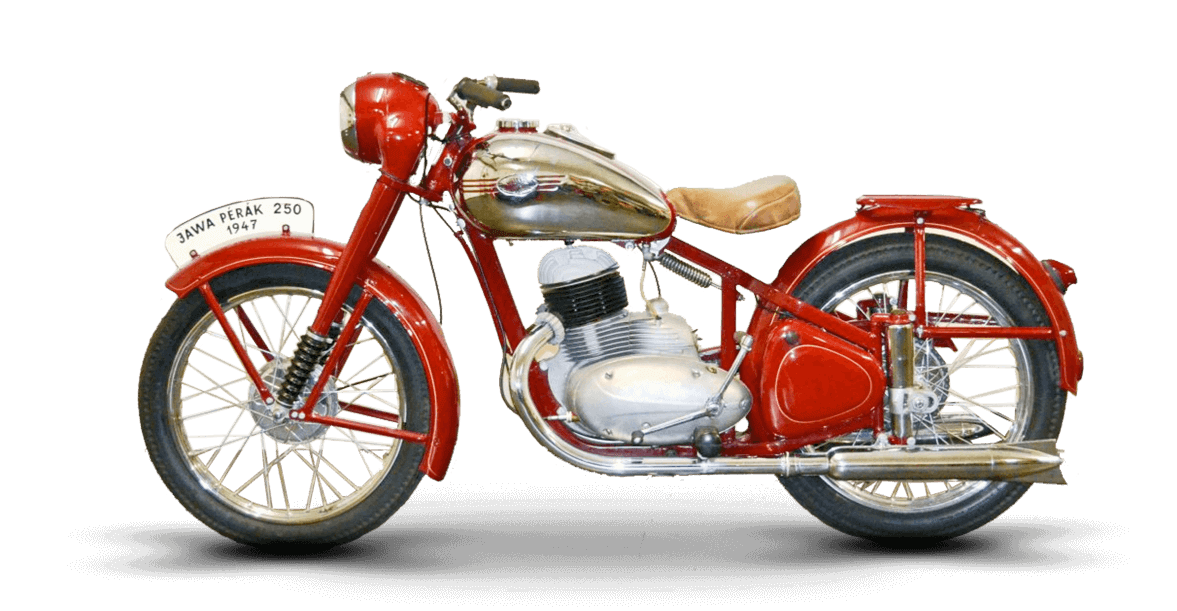 Looks like you’d love to take it for a spin